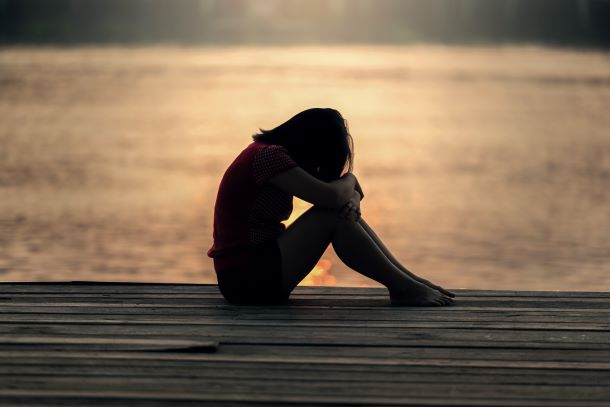 Gisela returns home after school but takes a pit stop at the nearby lake. The very same lake where she lost her mother 13 years ago. She goes there to speak to her mother much like at a grave site. The loss of her mother affected her socially in the sense that she feels alone and has a hard time connecting to other students. She also notices a presence of something out there in the lake. Mentally, she feels guilty as if her mother’s death was her fault. This is only compounded when she gets home to her grandmother.

Gisela’s grandmother is introduced and the dynamic between them is toxic. Her grandmother is a tyrant, verbally abusive, and expects her to do everything around the house. She has no empathy for Gisela’s feelings or time. After an argument, Gisela runs to her room and thinks about how she’s only ever truly happy when she’s with Slade.

This return to Gisela’s perspective and follow-up of what happened to her in the first chapter is probably highly anticipated by you and I tried to deliver. This one incident has shaped Gisela’s life in some tragic ways, and I’m setting up her fight to be more of an internal one.

It’s a very emotional chapter. Her speaking out to her mother at the lake, getting sidelined by peers, and yelled at by her grandmother shows this depressed girl who’s trying to take it day by day. Her feelings of “losing her friend”, Slade, are more about losing his attention to Doug. And since she sees Slade as her only source of happiness, she wonders where his pulling away/absence may leave her.

This isn’t an action scene and there isn’t a whole lot of magic. Perhaps it’s too cerebral and emotional for a fantasy novel. Or at least this early in. Perhaps you were expecting some greater momentum for the main arc. Well…not yet.

Gisela was the hardest character to write. During my many drafts of the beginning of this story (meaning all of the scenes that take place in or around Burrow University), she was always there, but always a two-dimensional “friend” character. She never had any real stakes and was never fully fleshed out. So, it was like pulling teeth to find a storyline for her. I’m happy I was finally able to give her some power in this story and make her more than just an archetype, but judging from your reactions, it wasn’t enough. If it isn’t clear in this chapter, she has a thing for Slade (which I’ll get to in a later post), and many readers didn’t enjoy that particular part of the story. Perhaps you were one of them.

Up Next In Chapter 6

We go back to Slade who’s running high on the possibilities of some excitement and we learn all about the magic of the world and get our first tidbit about Queen Aeothesca.

As you can see, I’ve gotten some reactions that didn’t favor this character. I’d like to know your thoughts. Leave a comment below.