Reaching The Next Steps To Success 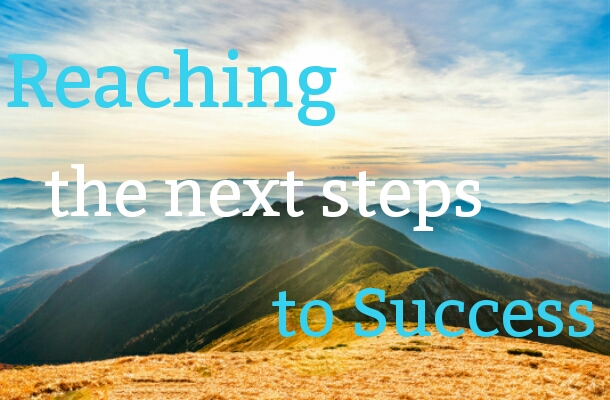 Two instances occurred that taught me what I needed to know about being successful. Mind you, I’m not there yet, but I think I’m gaining the understanding necessary to achieve and hold on to it.

Cracking the Door to Success

A few months ago, I posted a YouTube video (and even wrote a blog post here) about the controversial casting of the movie, Gods of Egypt. At the time, many people were calling for a boycott. My argument was that you could boycott if you wanted, but it wouldn’t mean much because the problem lies in negotiations for funding, not on the director. It wasn’t good that they had whitewashed the characters in the movie, but based on an article I had cited, that was the only way to get the movie made from a funding standpoint. I ended the video saying that if you really just wanted to see the movie, you could, but be a part of the solution by creating or doubly supporting something that was more diverse as well. This isn’t what people wanted to hear.

First, I accept that saying you could see the movie and disagree with whitewashing at the same time is flawed. I made a mistake. Still, because of the freshness of the issue, when I uploaded it to YouTube it quickly became one of my most viewed videos. Most people, I believe understood where I was coming from, but there were a few who disagreed. I woke up two days in a row to negative comments. None of them were completely over the top, but it was enough for me, an already anxious, introverted individual, to feel even more anxious and uneasy, completely throwing off my days. In my 34th entry of King for a Day, I describe it as “cracking the door to success”. The video only had a little over 600 views, but that was more attention than I’d ever received online. And when I received the negative comments, I quickly shut the door by way of deleting the video.

Let’s fast forward to this past week. I’ve been revamping my Instagram feed and have gotten more and more likes the more consistent I have been. One day, my picture was one of the top posts and two people decided to make some very misinformed / homophobic statements. This put me in the same spot I was last time. I once again had cracked the door open to success. I don’t define success by the amount of likes I get on Instagram, however I think of it as a metaphor for what it would look like on a grander scale. People are going to say mean and nasty things. I was faced, yet again, with the choice of whether to back down and delete it or leave it up. This time, I chose the latter. And I think that shows a bit of growth on my part. I’ve gained a thick enough skin to ignore, delete, block, or whatever I need to do. This time, nobody is getting in the way of my shine.

As I work towards becoming a full-time author, I understand that there are moments like these that are going to prepare me for what’s next. I have no misconceptions that it’s going to be easy. But little by little, I’m readying myself for anything.

Do Authors Need to Write Every Day?