I know it’s been a while since I’ve last blogged, and every time I come back to this I feel as though I’m in this cycle of getting all revved up to do all the things, but then fall short of it after one week or so. So, here I am again trying to do this. I tweeted earlier this week that I was going to keep my blog posts simple and just focus on writing progress and thoughts about some of the fantasy and sci-fi media that I’ve read, watched, played, etc. Additionally, I would like to let you all know about what happens with my journey with Philly Black Pride. If you haven’t seen any of my tweets about this, I am now part of this local organization that caters to the Black LGBTQ community with a weekend of events at the end of every April. The big event’s coming up and I will share more about that later. But for now, let’s get into what I’ve been editing, writing, and planning.

In an earlier draft of this post, I wrote about my progress on this project with a sullen tone, but after thinking about it, I can give myself more of a pat on the back. Despite a lot of life changes such as buying a house, renting part of it out to tenants, dealing with a lot of drama, and joining Philly Black Pride, I have been able to find time to make progress. The biggest issues I had to work on with The Auctorati were giving my characters more internal dialogue and fine-tuning a couple of characters’ motives.

It’s funny because with my first book, my sense from beta readers and editors was that I gave too much internal dialogue and description for the fantasy genre – where people typically expect a faster-moving plot. Well, I was definitely cognizant of that this time, but to the detriment of my characters and the overall feeling of the story. I feel I’ve corrected that now and I’m happily moving onto my last 48 pages of editing. I’m excited about getting this out to you all because I’ve gotten a lot of great feedback.

The title is tentative, but basically sums it up. It’s a short story about
two ancient African warriors granted the power of immortality and forced to fight each other to the death in the current day. “If they’re immortal, how can they fight each other to the death,” you say? Well, getting the gift of eternal life means that only the people with that gift can kill you. So, the danger is very real.

I don’t know where this story came from. Some critics say that short stories should encompass whole generations/lives and just show a blip in time and leave the reader with a sense of the story continuing after it ends. It still needs some editing, but I think I’ve achieved that with this one.

Lastly, I had briefly mentioned my killer android novel before, and this past week, I’ve definitely gotten a bit more detailed about how to flesh it out. I’m so excited about this! It’s much deeper than just another killer android story and I can’t wait to share it. The concept is current, controversial, and I know I can get you excited about it when I share the completed explanation. But, it’s too soon to share now. I need the idea fully fleshed out and down on paper before I get there. But trust me, if I can pull this off, it’s gonna be something special.

This month marks Camp NaNoWriMo – much like regular NaNoWriMo (National Novel Writing Month) where you plow through 50,000 words in a month. I’ve join a “cabin” where you share with other writers your progress, and in usual fashion, I’ve failed. This was for this new project, but the focus on editing this book has taken precedence and I haven’t been able to write anything new. Hopefully, once editing is done and it’s in other people’s hands for proofreading, I can really get started on this.

Make sure you pay attention to this website, my Twitter, and Instagram. I’ll be posting updates soon about everything. I’ll also write about my reactions to a movie I just finished on Netflix titled Ex Machina, as well as Philly Black Pride in two separate posts. More soon!

‘The Auctorati’ Is On Hold 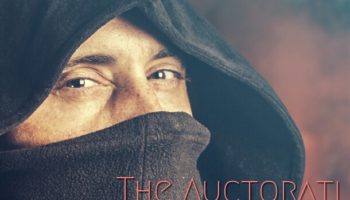 The Auctorati – A Prequel to Pangaea