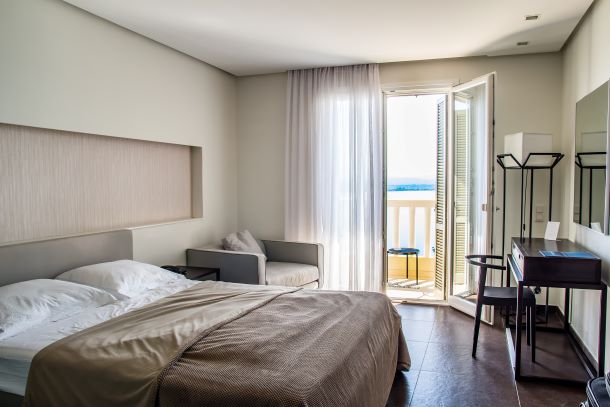 Chapter 2 is a short one and we’re introduced to Slade Maxwell who is a student at Burrow University in the Northern Third. We learn he’s rather well off for student because he has his own penthouse apartment and plenty more. We also learn that he’s a little dissatisfied with his life. As he is getting ready for class, his slightly helicopter parent of a mother calls him to check in on him, knowing that he’s not in the best head space. We learn about Slade’s recent breakup with a guy named Mason, and his mother is supportive saying “When you find the right one, bring him to me first.”

A lot in his life is already set. He’s expected to come home to see his family during his upcoming spring break and he’s also expected to work for the Queen after he graduates. This is something that his family has done for generations as nobles. We end the chapter realizing that this set path is not necessarily something Slade wants. He wants something different; some adventure and some new experiences.

My goal with this chapter was to introduce you to the main character and show you his pain points and his motives. I wanted you to get a feel for who Slade was and see just how complex of a character he was. He’s dealing with family expectations, a recent breakup with a jerk, and stuffing his own wants and needs down out of a sense of tradition. I think this makes him a very relatable character. And he’s someone that closely resembled me at the time of writing this book.

I started writing this book in my senior year of college and I was in a head space of not knowing what I wanted to do with my life and feeling like I had just checked off the “college” box for my parents. Especially my mom. Now, I wouldn’t call her the most overbearing parent ever, but there were definitely some helicopter tendencies. It was all done out of love, but when a parent doesn’t let go (or push), it’s then up to the adult child to stretch their wings on their own. And that’s a scary thing to do because you’re leaving the safety behind. I’ve also had my own issues in finding love.

Mason is definitely inspired by a few of the guys that I’ve dated. They say all the right things, they flirt, things appear to be going in a deeper direction, but one day they disappear. I’ve even dealt with guys who weren’t truly interested, but kept flirting like they were only to disengage after I asked for clarity. Dealing with that is super hurtful and it makes you wonder what it is about you that pushes these people away or draws these people to you in the first place.

With all this pressure on Slade, he feels the need to break free from the current state of his life. And we see how he does that in the coming chapters.

Why You Should Love this Chapter

I think you would love this chapter because a lot of what Slade is going through is very relatable, especially for those in our late teens/early 20s. We’re trying to figure out what life is going to be like in the future and balance our own autonomy, but still trying to maintain a level of security. Also, this is a break from the dramatic previous chapter and I’m able to show you that I can be very light and normal for a moment.

Why You May Dislike the Chapter

You may dislike this chapter because you may feel fooled that Gisela is not the main character. You may want to follow her story a little bit more and get the aftermath of her mother’s mysterious death, but the story quickly shifts gears. Chapter 1 acts as more of a prologue. When writing this, I was unaware of how people looked down on that type of device. But, if you stick with it, you’ll see that Gisela makes a return.

You may also feel that Slade’s problems are too surface level. He’s a rich kid with all of the advantages in the world, and his complaints may make it too hard to engage.

In chapter 3, a lot of lore gets introduced, adding to the fantasy aspect of the story. Plus, you get to meet your new favorite character, Douglassaire. Stay tuned next week.