Pangaea: Unsettled Land is my first fantasy novel and I’m excited to reveal the artwork for my characters. I wanted to do this to give people a better idea of what to expect from the story. I also wanted people to see that this was a very diverse cast. After posting a call for illustrators on Facebook, a friend mentioned the services of Perry Santulli. I linked up with him and the process of getting these characters illustrated was fantastic from start to finish.

Read on to learn all about Slade, Douglassaire, Gisela, Gigi, and Queen Aeothesca. 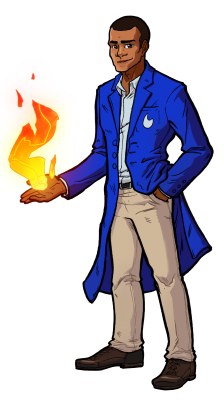 Slade is of noble blood and expected to work for the Queen after he graduates college. However, he feels that there must be something more out there for him. After learning about a mythical sword that’s said to have brought magic to the world, Slade teams up with his best friend Gisela, and his handsome classmate/warrior Douglassaire, to find out all about it secrets. All that digging leads him to a choice between taking the path already laid before him and taking a chance on something new. He also finds himself a foe of the very Queen he would serve. 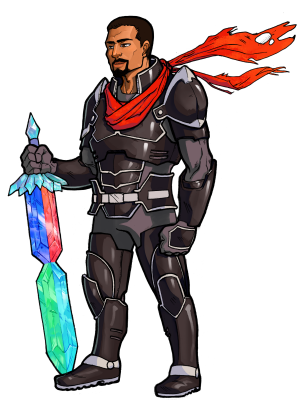 A warrior of the Southern Third. After learning the sordid details of his father’s demise, Douglassaire vows to become Commander – leader of his country – and enact vengeance upon the Middle Third.

After the mysterious death of her mother, Gisela is just trying to move ahead, but the discoveries of her friends pull her into the fight of her life – a fight that could finally lead to answers. 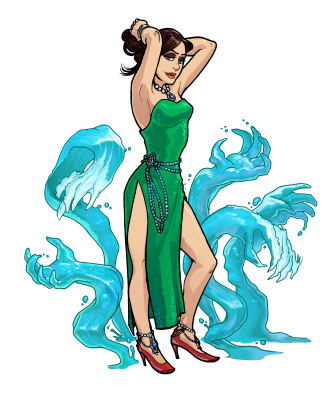 Once locked away, Gigi is finally free and betrothed to one of the wealthiest men in the Northern Third. Her fiancé should watch out – there’s a sinister force just beneath the surface whose happily ever after does not include him. 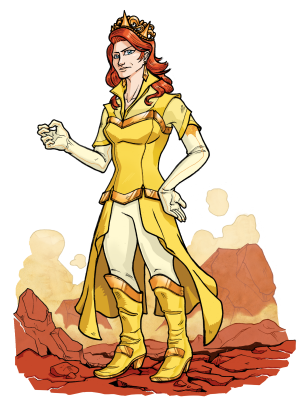 The Queen of the Middle Third has followed all the rules of peace thus far. But she’s an Etherean – a magic-user, whose kind is held at arm’s length from mainstream society. After seeing that her efforts do nothing to remove her from suspicion, she goes for even more power, putting the world at risk.

Get Pangaea: Unsettled Land in print or e-book form at the following retailers:

And get a taste of my work with two free short stories just for subscribing to my email list.