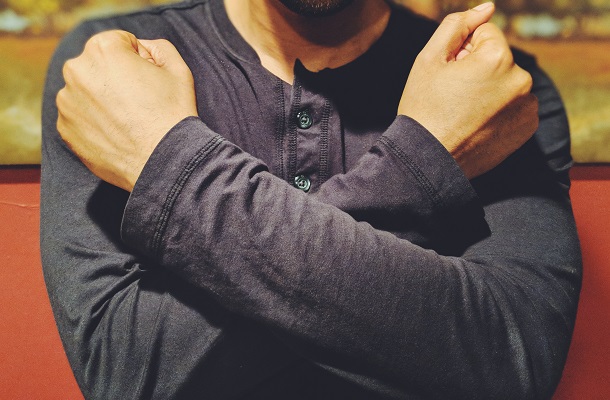 It’s been days since seeing Black Panther in theaters and I am still obsessed. There were so many great lines, great humor, terrific action and special effects, and best of all it had a captivating story filled with memorable characters. Since seeing the movie, I’ve seen plenty of debates popping up online that challenge the idea of T’Challa (the main character/Black Panther) being the hero. This is rebutted with the assertion that Killmonger (the movie’s villain) is the true hero. My initial reaction to this was confusion. While I completely understood Killmonger’s motives, I believed his execution and his plan were completely flawed. So, who is the real hero? Let’s explore some of the characters in this film and get to an answer.

The Villain Everybody Loves

Let’s start with everybody’s new favorite villain, Erik Killmonger. First of all, the fact that we’re having all of this discussion about Killmonger versus T’Challa proves the point that Killmonger is one of (if not, the) best villains adapted for the big screen from a comic book so far. We usually don’t get this discussion with the villains. He was undoubtedly the bad guy in the film, but his views struck a chord with Black Americans. He understood all that we went through, our current struggles, and had a well thought out plan about how to tackle the problem. He was a truly complex character that added immeasurable depth to what many at first glance would just call another comic book movie. But is he a hero? After poisoning a woman’s drink, killing his girlfriend, being completely disrespectful to leaders and elders in Wakanda, and attempting to start a war by distributing weapons to people, I’d say not. Not to mention all of the scarring he had on his body which was a count of all of the people he had already killed. While his background of having his father killed by T’Challa’s father, T’Chaka (the previous Black Panther), and his knowledge of the oppression of Black people make him sympathetic, that does not mean he’s a hero. I feel as though many (myself included) finally feel their pain was properly articulated by Killmonger and heard by the masses, but that does not mean that you then adopt all of his ways as just.

Regardless, I’m just happy that his character sparked such a conversation. Everywhere I look, there’s some deep discussion going on exploring the nuances of Killmonger’s character and his juxtaposition to Wakanda and its citizens.  I really just see as a way of us exploring our own views of our identity.

I think any writer of fiction wants a villain to come off as well as Killmonger did; to be so extremely sympathetic that it’s hard to still see them as the bad guy. I certainly wanted to strike a chord with people when I wrote Queen Aeothesca in my novel. I think I did a good job of making her human, but I know I have some work to do in future works if I want to get anywhere close to sparking this kind of awe for a character.

Is Black Panther the True hero?

Now let’s talk about the main character, T’Challa. As the lead, he’s definitely going to have most of the heroic qualities. He’s strong, a great fighter, revered by his family and peers, and fights for justice. What we saw in the movie was that he was stuck between his father’s legacy/Wakanda’s history of protecting their own and knowing that the world could use help only they could provide. The thing that makes T’Challa so compelling is that while he was pulled in opposite directions from his country’s history and Killmonger’s ideals, he used information from all sides to forge his own righteous path. The key word for him is “learning”. He learned a lesson in Captain America: Civil War in order to grow, and he learned a lesson in Black Panther in order to progress further. His growth in each film has made him a lovable character to follow. So, is he a hero? Yes, but is he the hero? I believe this last character actually fits that role best.

The Woman Under The Radar

Let’s talk about Nakia. From the beginning we understand that Nakia already knows that there are people who would benefit from Wakanda’s help. She urges T’Challa to see things her way, but at first he is resistant. When Killmonger comes into the picture, despite their similar views on the plight of their people, she recognizes his major flaws and doesn’t fall in line. She continues to fight for her views, but in a way that doesn’t hurt anyone. She saves one last herb from the garden, uses it to save T’Challa’s life, which leads to a restoration of peace in Wakanda and a change in the way they approach the world. I hadn’t thought of this until a series of tweets I read by a very astute viewer. I haven’t received permission to share her thoughts here just yet, but she outlines all of Nakia’s heroic qualities perfectly. And it’s for all of these reasons that I see Nakia as the true hero of Black Panther.

A New Door Has Been Opened

The reason I’m writing about this and the reason I felt moved to write about Black Panther probably won’t surprise you. I am an author of fantasy and science fiction (and perhaps more in the future) with Black characters as the lead roles. So, this feels like a natural subject to talk about. When I left the theater, this film just stuck with me in a way that I hadn’t experienced before. Maybe it was the energy in the theater – so upbeat that clapping started as the movie began, not just as it ended. Maybe it was the fact that I watched it with my best friend (who is African) and just felt the immense joy and emotion from him seeing his people and culture respectfully handled on screen in a big-budget blockbuster. I have a feeling it was both of those things, plus the movie was just damn good. My feeling is that Black Panther has opened the door for more stories like this to be told at the same level of other Hollywood blockbusters. My hope is that I can be a part of this next movement even in just some small way.